The Australian honours system celebrates the outstanding achievements and contributions of extraordinary Australians in a diverse range of fields and areas of endeavour. It's about recognising those people in the community whose service and contributions have had the effect of making a significant difference to Australian life or, more broadly, to humanity at large.

Today we are honoured to announce that our former CEO Peter Walsh has received the Order of Australia. 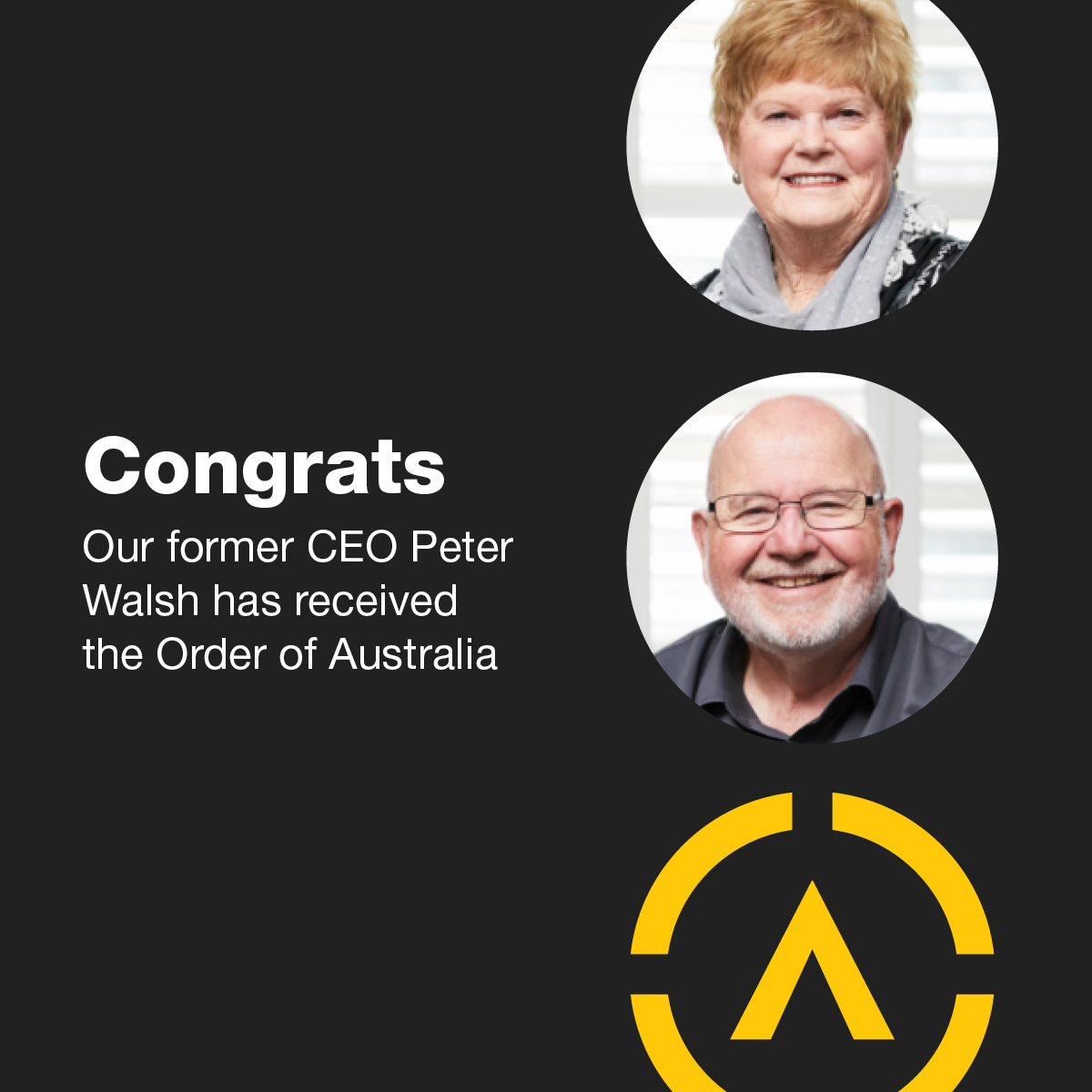 Peter has an extensive history of selfless, child-focused care. In addition, Peter's involvement in various ministry-based activities directly contributed to positive outcomes for vulnerable people in society. Peter has spent his life prioritising the needs of those less fortunate than himself, working many unpaid hours to provide care, support and connection. Peter has dedicated his life to serving others and continues to support Allambi Care whilst navigating his own private health battle. Peter's dedication allowed Allambi House to develop into what it is now, an industry leading, for purpose organisation operating in both NSW and VIC, that supports vulnerable children and families through various programs, including Intensive Therapeutic Care, Residential Care, Foster Care, Outreach and Homelessness services, Clinical services, and NDIS programs.

Peter's natural ability for leadership started when he was nominated as School Captain at Our Lady of the Rosary at Taree. Shortly after, Peter was successful in gaining a role at BHP in Newcastle at age 15, in the apprentice and training department of Human Resources. Peter's skills in mentoring and developing staff resulted in several promotions at BHP in the Human Resources department. Peter moved to Melbourne in 1974 to take up a role as the Officer in charge of recruitment with BHP. Peter returned to Newcastle in 1979 as a Training and Development Supervisor, where he ran staff assessment centres, before becoming HR Manager for Newcastle and Whyalla. Peter took on a difficult role of planning for closures of BHP sites and ensuring staff respect was maintained and entitlements were met. This involved finding new career opportunities and financial planning for staff. Peter left BHP in 1994 before their final closure.

Concurrently during his career at BHP Peter was entrenched in a number of Church activities with the Catholic Church (Charlestown and Windale Parishes). Peter became the President of the local Parish Council. Peter was a leader in the Marriage Encounters program, an international program that mentored married couples and fostered enrichment to strengthen the marriage. Success in this role led to Peter becoming the Diocesan Coordinator for an area spanning as far as Muswellbrook, Taree, Morisset and the Central Coast. Peter was trained in palliative care and volunteered his time to support terminally ill persons in his local community. Peter then became active in the Antioch program, which promoted local activities to support development of the Church community. This is where Peter's interest in youth work started. Throughout this time Peter completed Chaplaincy in the local mines, supported Parish members through terminal illness and supported a number of local youths who were experiencing difficulty at home.

Peter was a strong advocate for these children and housed a number of them during periods where they were unable to live with their own family.

During these times Peter and his wife took on the role of parents for the children, supporting them through school and University. In 1994 Peter and his wife became authorised foster carers with Centacare, providing respite, emergency and short term care. During his time as a carer Peter cared for approximately twelve different children, providing respite for one child for over twelve years.

At around this time Peter was introduced to Allambi House through a connection at BHP and was voted onto the Management Committee as a volunteer, gaining the role of President at his first Management Committee meeting. During this period Peter volunteered additional time to assist with staffing and HR matters and organisational development, working closely with the Coordinator on these matters. Due to the transient nature of the Refuge (Allambi House) Peter, along with some employees, decided to create a more permanent program for the children who were moving through several different local refuges. Peter recognised that young children were coming into the refuge, mixing with older teens and engaging in unsafe behaviour, never finding a place to call home. Subsequently Peter worked closely with local staff in the Department of Community Services (DoCS - now Department of Communities and Justice (DCJ) and developed 1:1 residential care placements around the year 2000 through Allambi Youth Services.

At this time Peter took on role of paid Director of Allambi Youth Services. Peter's success in working with the children and young people grew the 1:1 program from one house to several before further growing into the area of Foster Care in 2003.

During this time Peter made an active commitment to keep Allambi Youth Services not-for-profit and ensured focus was on the children and young people, rather than making profit.

Peter performed many roles in the organisation that included rosters, staff training, program development and finances. During these years Peter continued to complete Chaplaincy work in the mines of Singleton and Muswellbrook. Peter eventually ceased Chaplaincy work to focus on Allambi Youth Services, however continued to perform Pastoral care work in the Windale Parish as required in the absence of a Priest. Peter instigated a number of initiatives in Allambi Youth Services including staff assessment centres, supervision programs, staff training and development programs, and foster care recruitment and training. Peter was a lead trainer in Response Ability Pathways (RAP), Therapeutic Crisis Intervention (TCI), and supervision.

Peter led the development of strong international relationships ensuring the practices of Allambi Youth Services were strength based, innovative and trauma-informed. These introductions have led to Allambi Care being a leader in international child and youth care today. Peter eventually stepped back from the role of Director full time in 2014 to focus more on staff training, executive mentoring and consulting. Peter and his wife Lyn also became authorised foster carers with Allambi Care, providing a safe and caring home for a disabled young man in need of a permanent placement.

To this day Peter maintains an active role in fundraising and community-based programs, championing and leading the Allambi Care Winter and Christmas Appeals in the organisation.

In addition Peter advocated for Christmas celebrations for the children in Allambi's care, ensuring they were given a memorable Christmas every year. This involved Peter playing the role of Santa at Christmas parties across departments. In addition Peter and his wife have sacrificed Christmas Day with their family for over 30 years to ensure children and young people who were not returning home to family at Christmas were provided with a homely and caring Christmas lunch with presents, games and festive food.

Peter's leadership and mentoring resulted in the growth of Allambi Youth Services, developing what is now an organisation that employs almost 900 staff in the Newcastle, Lake Macquarie and Lower Hunter areas. Now known as Allambi Care, the organisation is a leader in out-of-home care, NDIS and outreach programs in NSW. 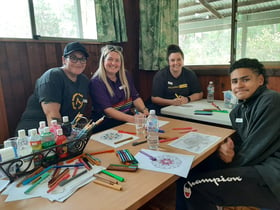 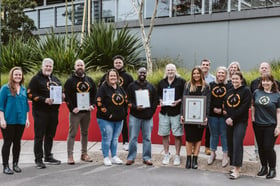 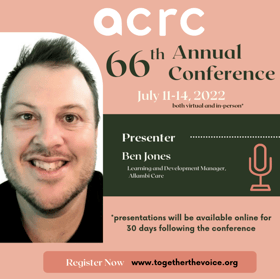 Allambi Care in the US: 'It’s no longer just a job, it’s a career.'